Four Hundred Nautical Miles at the Helm of an FD80 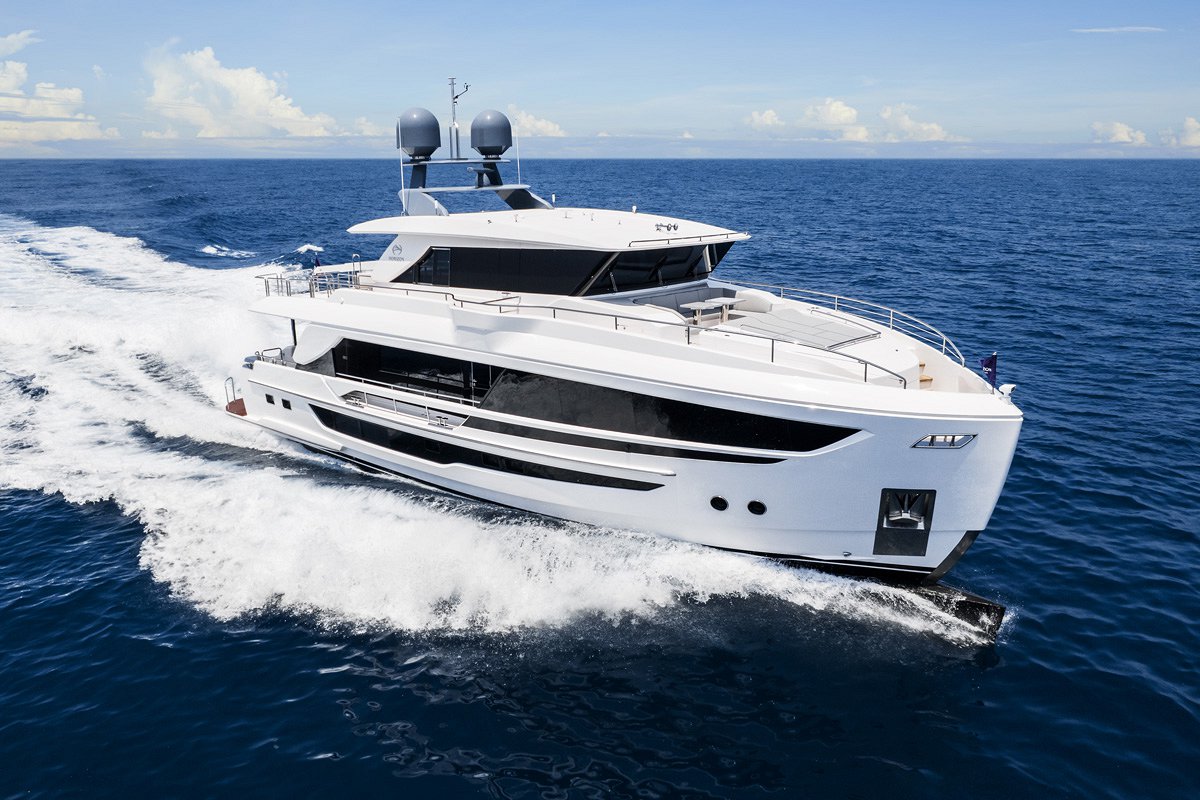 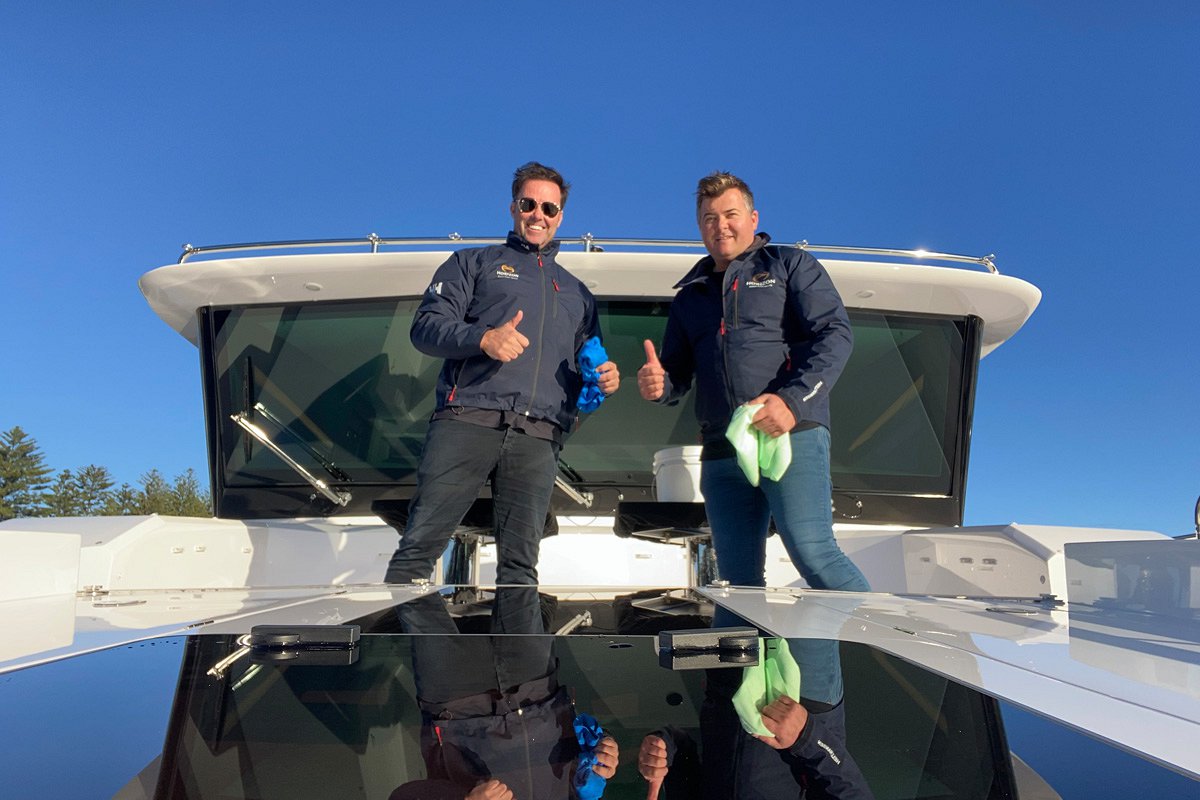 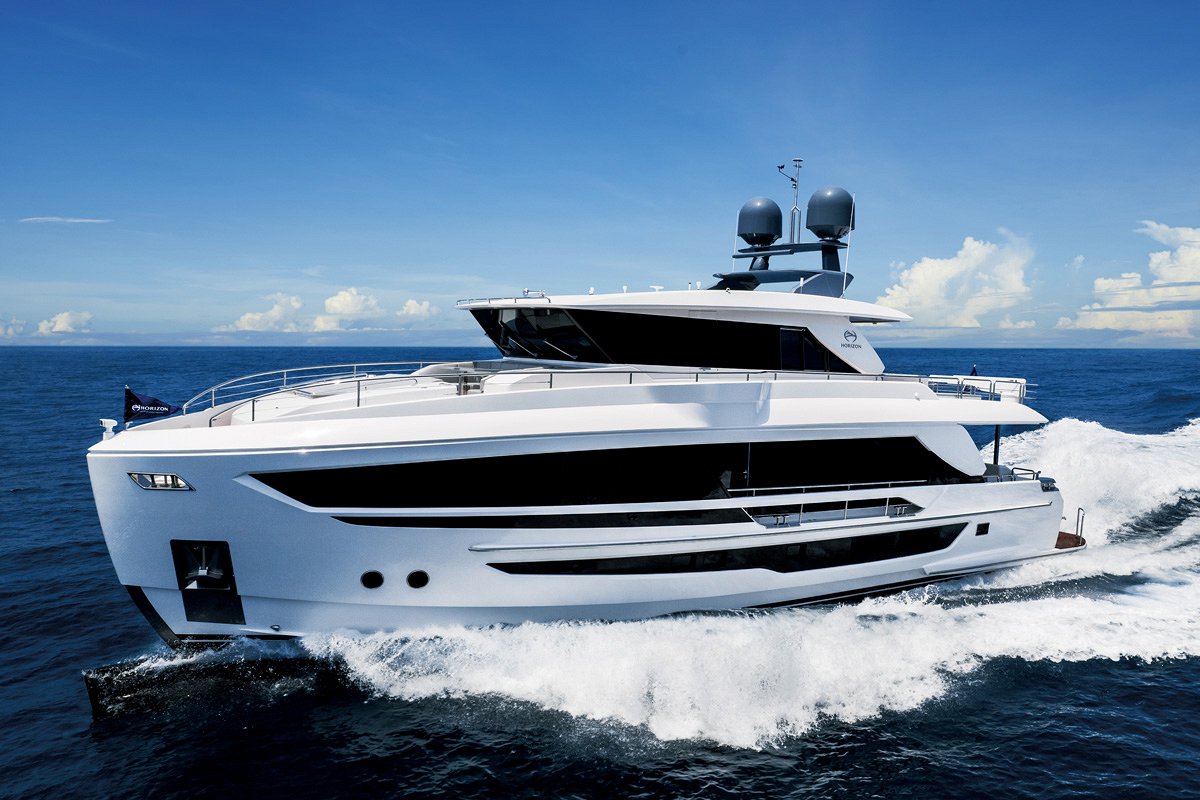 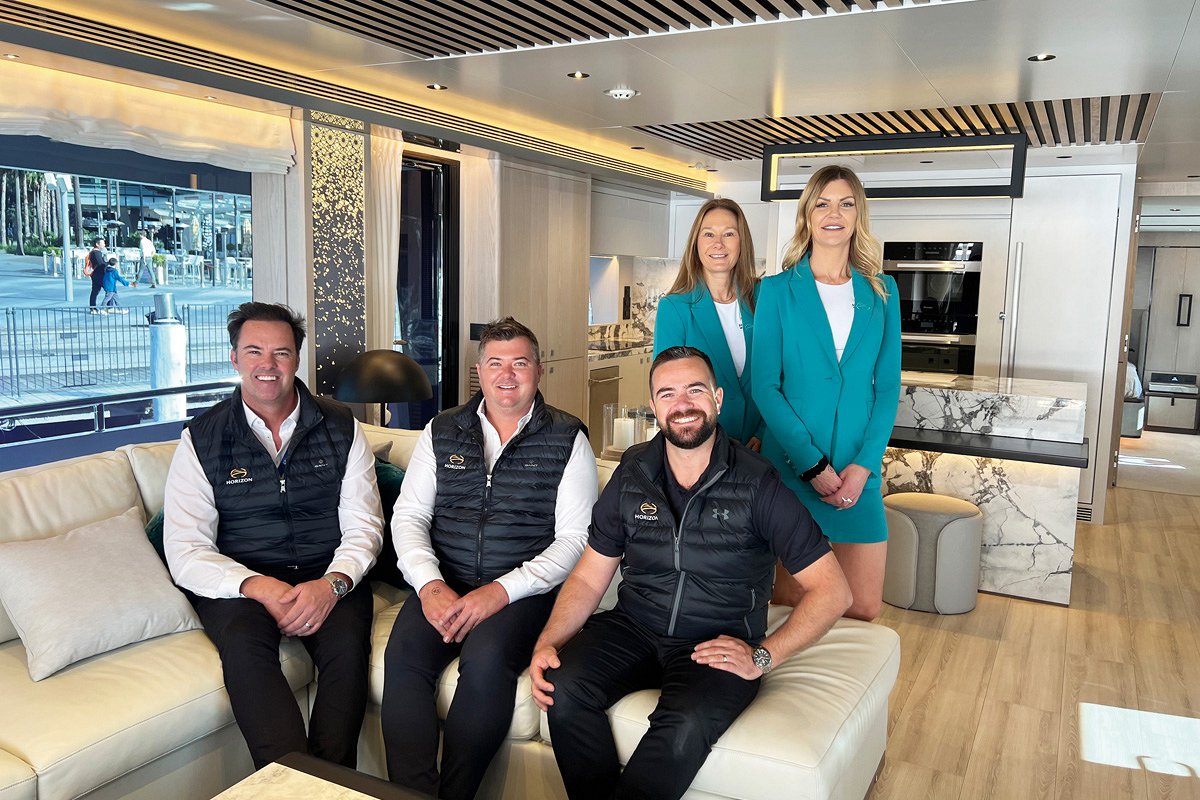 Selecting the ideal weather window would prove to be the biggest hurdle of the 400nm journey required to transport the new FD80 from the Horizon Yachts Australia (HYAUS) Gold Coast headquarters to Sydney’s Darling Harbour for her debut at the 2022 Sydney International Boat Show. 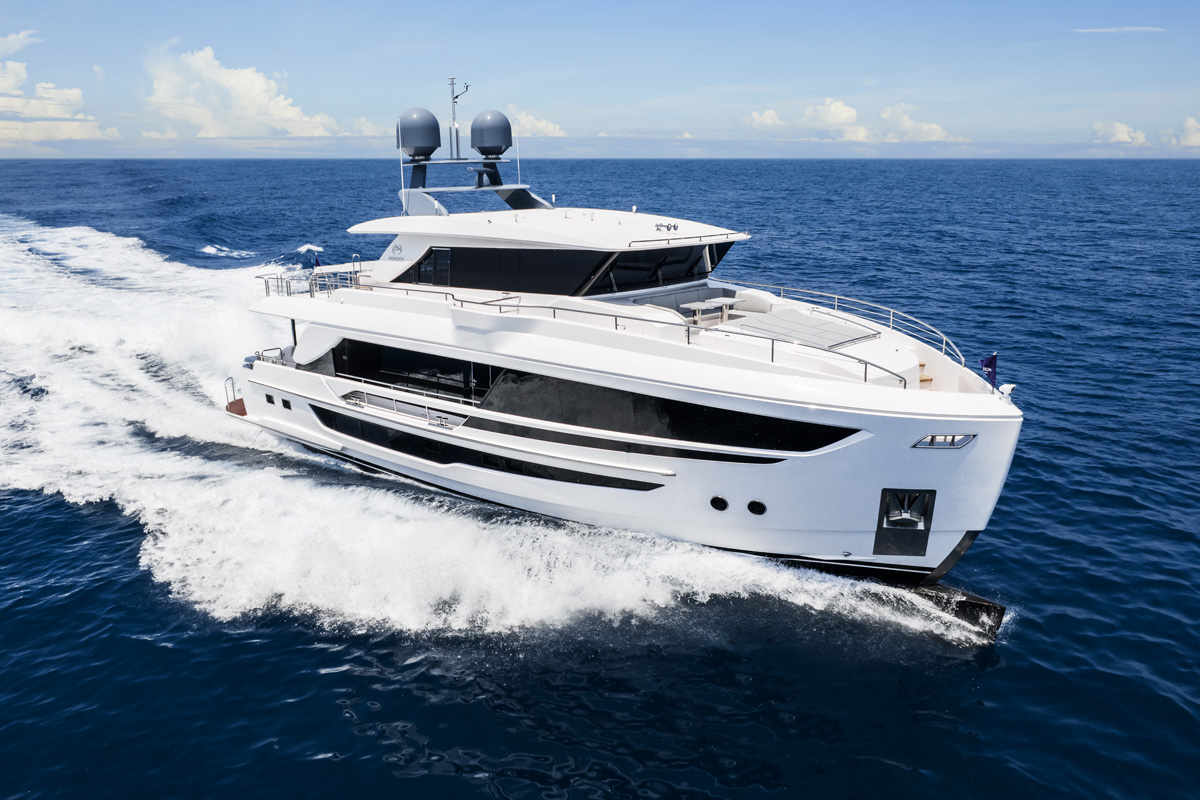 Ten days prior to the show opening, the crew of three — comprised of HYAUS Managing Director Mark Western, Service Manager Craig Maile, and Sales Manager Tony Jones — set out aboard the FD80 and headed south in the often unpredictable waters of the South Pacific. It would prove to be the perfect occasion to experience the stability and comfort afforded by the Cor D. Rover-designed FD Series yacht and Horizon’s proprietary High Performance Piercing Bow (HPPB) and hull design.

“We had good weather for around two-thirds of the trip with light following seas, light winds and a bit of swell,” says Mark Western. “But for the last 80 nautical miles, from Port Stephens on, we had 35 knot winds from the west-northwest, round to the southwest, a head-on sea and very messy conditions.” 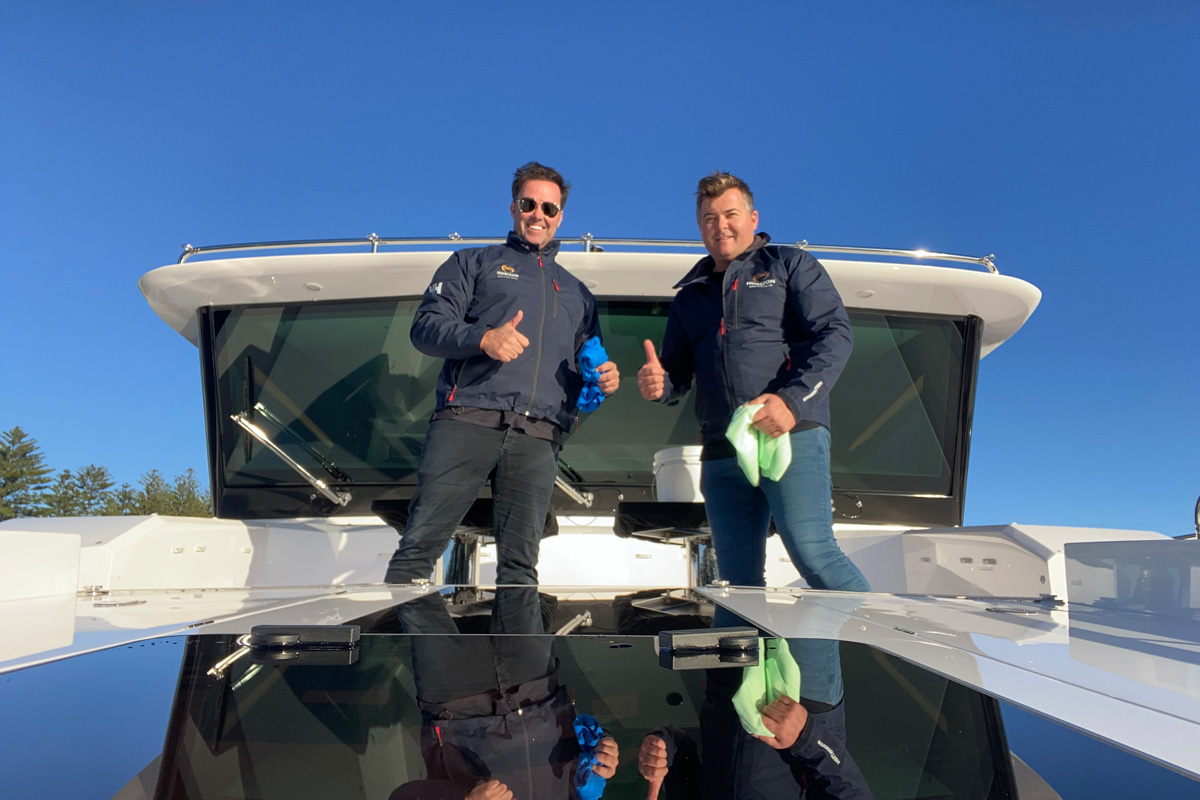 The crew seized the opportunity to put the FD80’s piercing bow design to the test for the last leg of the voyage. This design, in conjunction with the FD Series’ hybrid hull shape and tunnel design, delivers a shallow draft, more comfortable ride, lower resistance and excellent stability. While alternative bow designs that feature protrusions work more efficiently at either high or slower speeds, the HPPB brings both efficiency at slower speeds and performance at higher speeds.

“The FD80 handled it beautifully,” says Mark. “The FD hull performs brilliantly in a head-on sea. The round bilge and high-performance piercing bow soften the ride. It’s such a fine entry. And there’s a lot more buoyancy further forward than a conventional monohull.”

“We were 40 miles offshore, in a short, confused, nasty sea, and the FD80 was a pleasure to drive. We went out wide from Stockton Bight and beelined it straight to Sydney in around 30 to 35 knot winds, traveling at around 15 knots to get into Sydney by the last Spit Bridge opening at 9:30pm.” 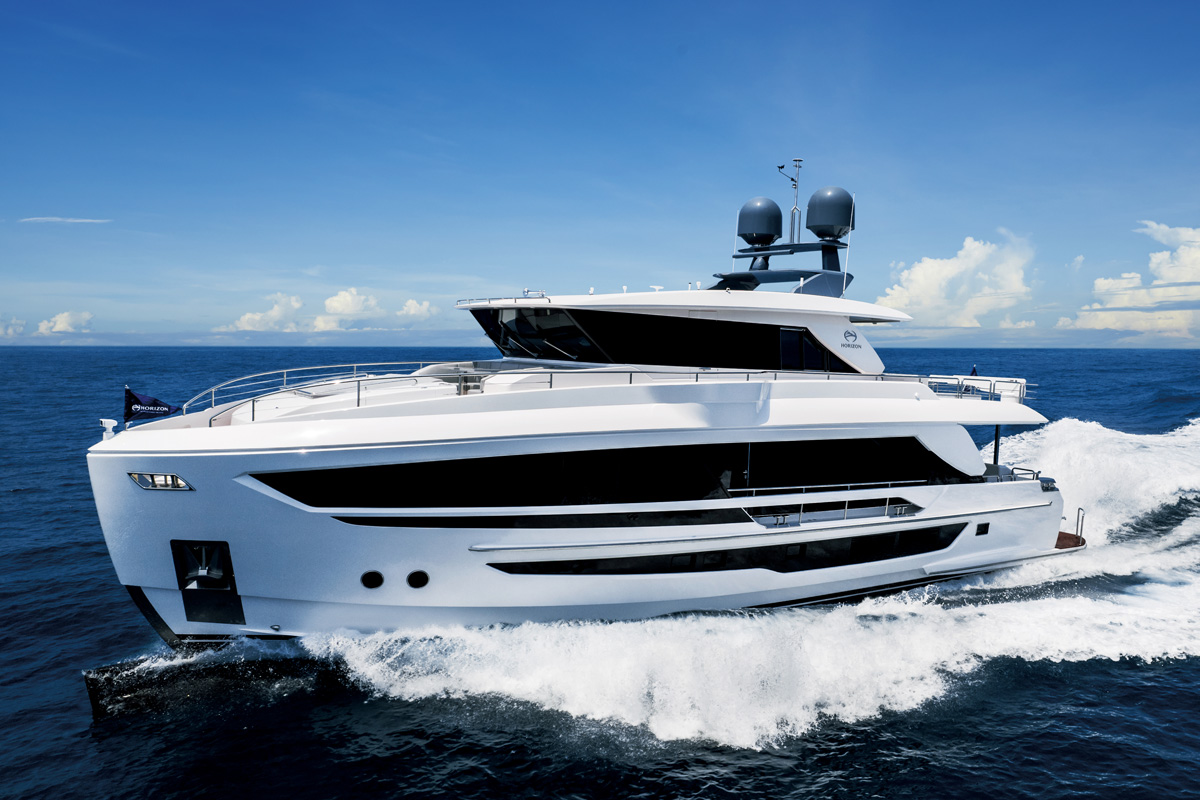 “The boat handled perfectly,” says Mark. “We are very satisfied with how the FD80 performed.”

The rising popularity of the FD Series in Australia is due to its compelling offering that combines space, performance and the ability for owners to customize their vessel to their own taste.

“They have really struck a chord,” says Mark of the range that spans 75 to 125ft and has become the fastest growing yacht series in the world. “Once people see them at boat shows and on the water, they realize the FD Series is everything they’re looking for in a boat.” 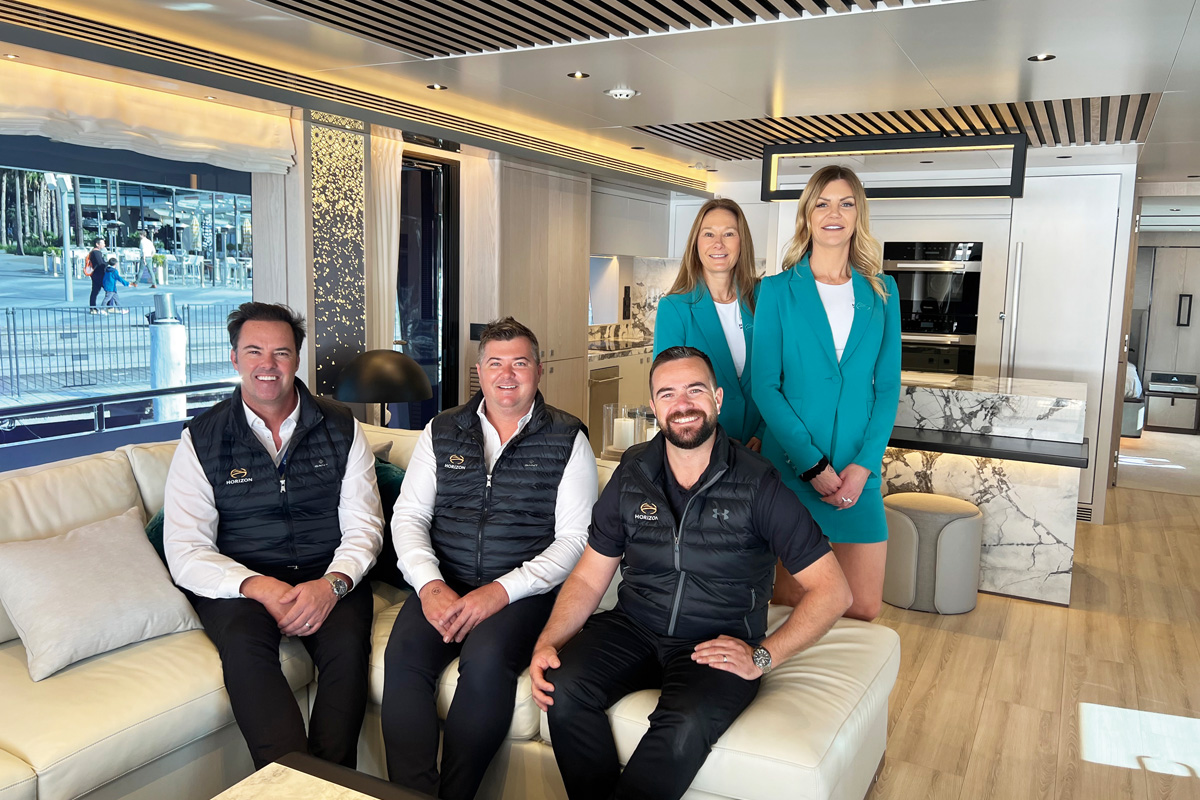 Mark and his team at HYAUS have 12 FD Series yachts on schedule to deliver in 2022, which is equivalent to the sales in the United States.

“Production is now booked out until early 2023,” says Mark. “We have now sold three Horizons built to AMSA 2C Survey for commercial charter.”

“The appeal of the FD Series yacht is its incredible volume for length. These yachts offer huge deck space, from the aft deck to the foredeck, and then the flybridge has the enclosed pilothouse and massive entertainer’s deck with lounge, barbecue, bar, jacuzzi and sunpads. The beach club-garage is yet another leisure space that really defines the FD Series.

“Best of all, the FD80 and FD90 are under 24 meters, which is the key for crewing and securing a berth, and they offer the complete package when it comes to charter.”