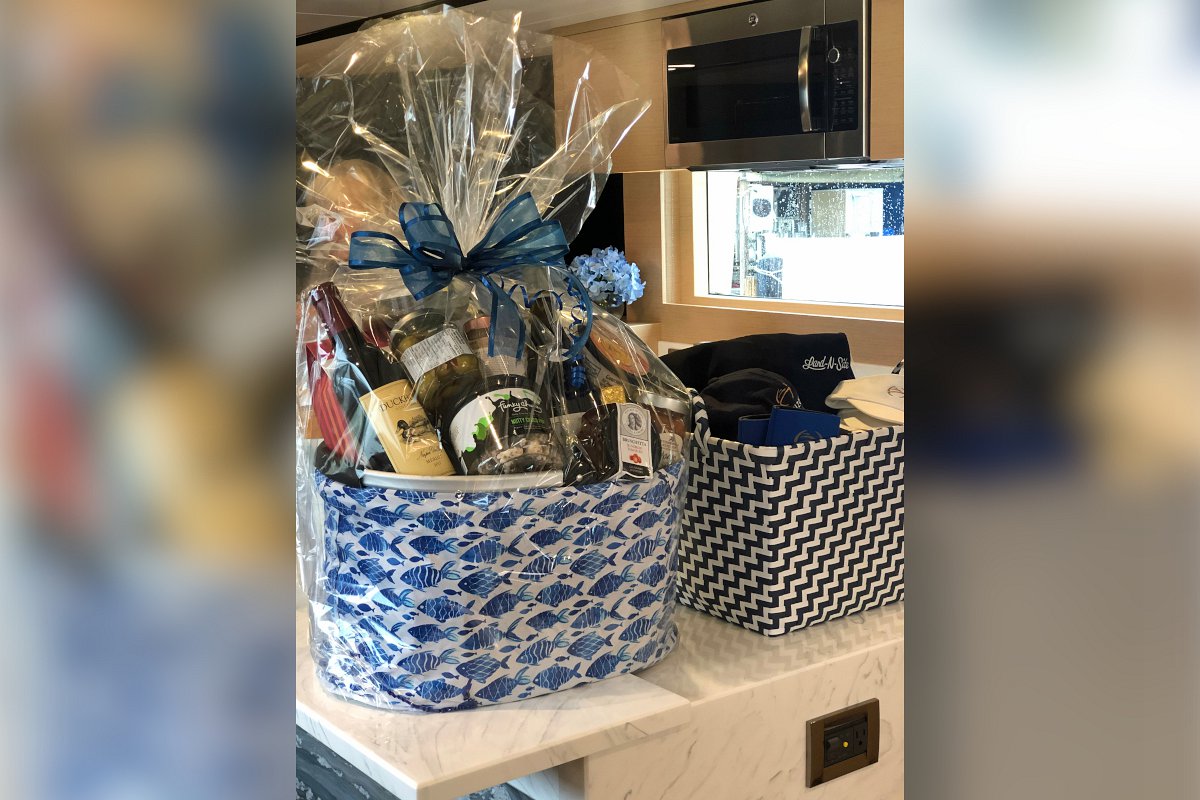 With Horizon, the build experience can be as hands-on – or as hands-off – as you want it to be.

Sandy Satullo has been a boater all his life. A former boat dealer and marina owner/operator, Satullo’s own yachts have ranged from a 98ft Destiny to a 142ft Richmond. In the market for a new yacht, he visited the 2019 Palm Beach Boat Show and noticed the brand new FD80 at the Horizon display.

It was the interior space and the window plan that struck him first. “Being a bit more traditional, it took me a little while to get used to the exterior profile,” he says. “But the interior is amazing – the amount of space, the openness, the flow, the on-deck master, the windows… It all drew me in and each time I looked at it the exterior started looking better.”

A post-show seal trial on a bumpy day in the Palm Beach Inlet sealed the deal. Satullo says he was “blown away” by the seaworthiness and ride quality afforded by the High Performance Piercing Bow and hull design. The conversations to build his next boat with Horizon began.

As someone who enjoys navigating from an open flybridge, Satullo says he wanted the enclosed skylounge that the FD80 Skyline version offered, but wanted the option to helm in the open air as well. The discussions continued between Horizon USA, the yard and Satullo’s broker Jim McConville, with drawings for skylights, retractable roofs and opening side windows being considered.

In the end, Satullo recalls, “someone said, ‘Let’s put another deck on top and be done with it.’” And, once Horizon’s engineers agreed that performance would not be compromised, that’s exactly what was decided: a tri-deck version of an extended FD87 hull with a lightweight flybridge.

THE DETAILS
“Horizon will do as much or as little as you want and you can get as involved as much as you want to,” says Satullo, who was prepared to be actively involved in the details. Working first with the West Palm Beach office, broad decisions such as colors, patterns and interior layout were sent to the yard. Three weeks later, when Satullo and his girlfriend Sandra visited the Horizon headquarters in Kaohsiung, Taiwan, the Horizon team presented him with options, colors and styles based on his preference list. “I was truly impressed with their organization. It narrowed things down considerably.”

THE YARD VISIT
Having visited many shipyards around the world, Satullo says he was most impressed with the technology, organization and efficiency of the Horizon yard. “I would suggest that anybody who wants to build a boat visit the yard,” he says. “What was unique to me was the engineering capacity they have to do things in-house. We would be discussing something and fifteen minutes later a naval architect would show up with new drawings with four or five different options for what we had just discussed.”

Within the yard’s two design centers, the scope of materials to select – from fabrics and countertops to colors, textures, faucets and drawer pulls – was yet another aspect that impressed the seasoned owner. “We spent hours designing the aft deck chairs, for instance, and with every little design change we would discuss, within minutes I would have an answer, which was really unique.”

THE HORIZON DIFFERENCE
“Production builders may say they will work with you to personalize your boat, but in the end you only have a couple of choices and can give limited input. Horizon is a custom builder,” says Satullo.

As Satullo was leaving the yard to attend the annual Horizon Global Owners Rendezvous in Australia, he noticed some drawings on a desk that looked familiar. “I pointed them out to John Lu, the CEO and he smiled and said, ‘Well, after we got all of the drawings done for your boat we decided to build one on spec.’ I was thrilled that he thought enough of our idea to make it another FD model.”

And so, the first FD92, on schedule to debut at the 2020 Fort Lauderdale International Boat Show, was born.