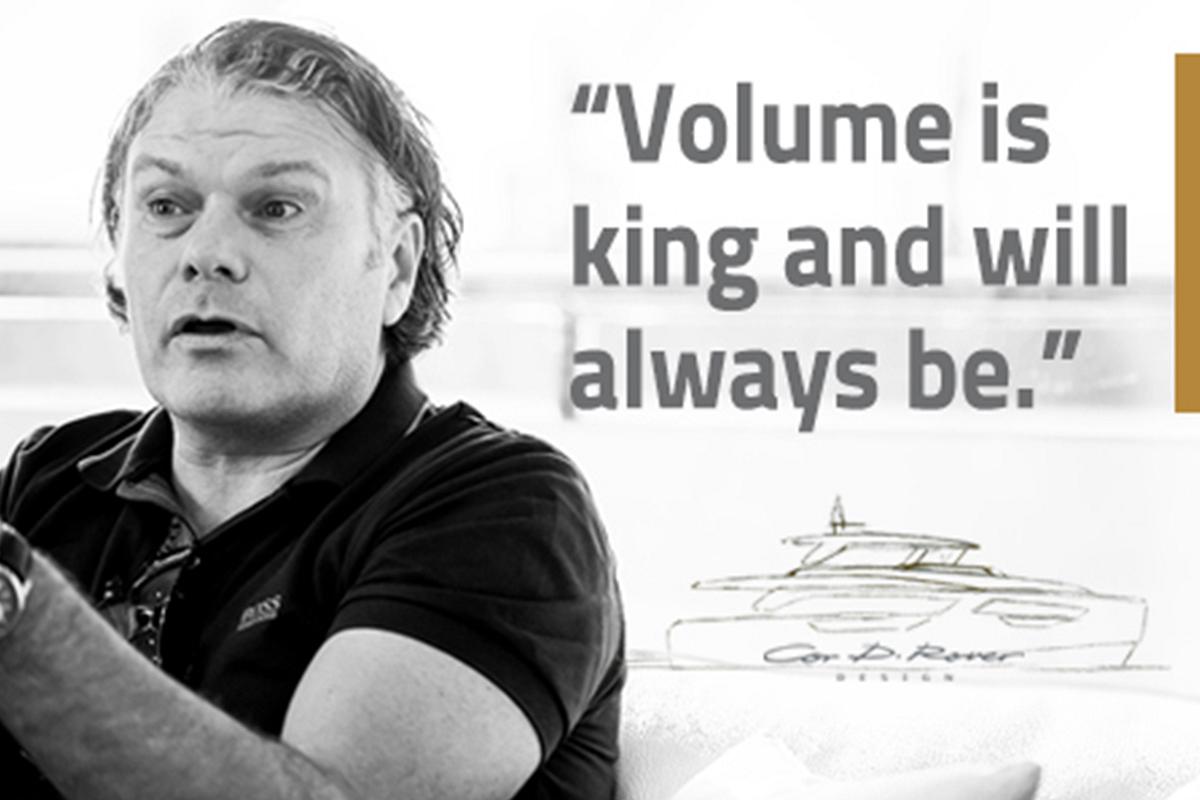 The World-Renowned Designer Discusses the Creation of the Industry’s Fastest Growing Yacht Series.

It took a sketch, a chance meeting, and a leap of faith. In hindsight, the events that led to the creation of the world’s fastest growing yacht series could have been considered an alignment of the stars – it was the rainy day inspiration of a design team, an impromptu meeting, and one shipyard’s willingness to take a risk that culminated in the creation of the most acclaimed yacht series the industry has seen in recent years.

Cor D. Rover is not afraid to push the envelope in yacht design. For over 20 years, the Dutch designer has been behind the lines of some of the most beautiful builds on the water, from 28ft runabouts to 220ft superyachts and everything in between. Innovation and technology are his areas of focus, he says, fueled by a passion for design that inspires creativity.

A conversation with his design team one rainy afternoon about the increasing popularity of SUV vehicles in Europe led to the idea for a high volume, mid-range yacht design. Armed with drawings for a beamy 78ft hull with large windows and five staterooms, Cor visited the Fort Lauderdale International Boat Show and stopped by the Horizon Yachts booth, where he sat down with CEO John Lu and showed him the drawings.

“John immediately understood our idea and saw the potential for this type of yacht and what it could give to his clients,” says Cor. “I was brave to put it on paper, but John was even braver to develop it.”

The first of the Fast Displacement (FD) Series to be built was an FD85, which featured a raised pilothouse. Soon after, an American owner commissioned the FD87 Skyline, which saw the FD85 lengthened with the wheelhouse raised to the next deck and even more interior volume added. In addition, Horizon engineered a High-Performance Piercing Bow and hull design for the FD Series platform that propelled the series to the head of its class in terms of comfort and stability.

Since then, the yard/design collaboration has involved many more owners bringing their requests for custom features and has seen the FD Series grow to its current complement of seven models ranging from the owner/operator FD75 to the FD125 superyacht concept, with new clients joining the family in impressive numbers. Such success would never have been possible, says Cor, without Horizon’s willingness to innovate and consider requests for customization. FD Series yachts have been fully engineered and built to accommodate such elements as a helipad (for one Australian owner), a tri-deck layout with a flybridge (for an American owner), and with myriad ingenious applications such as convertible dining tables and foredeck entertaining areas complete with Jacuzzis and refrigeration.

Of the rainy afternoon inspiration that led to the FD Series, with 20 new-builds sold in a three-year span, Cor says the high-volume design and fully engineered customization formula will see long-term success – one that has already gained the attention of other builders.

“The fact that we sell so many and that other brands are following suit with big-volume designs of their own proves that this concept works,” says Cor. “But where Horizon distinguishes itself it in its engineering and customization. They never say no, instead they try to find a solution that still guarantees stability and safety.

“Just like Porsche did when creating the Cayenne SUV, we did the same with the FD Series. Now the rest of the market is following us. Volume is king and will always be.” 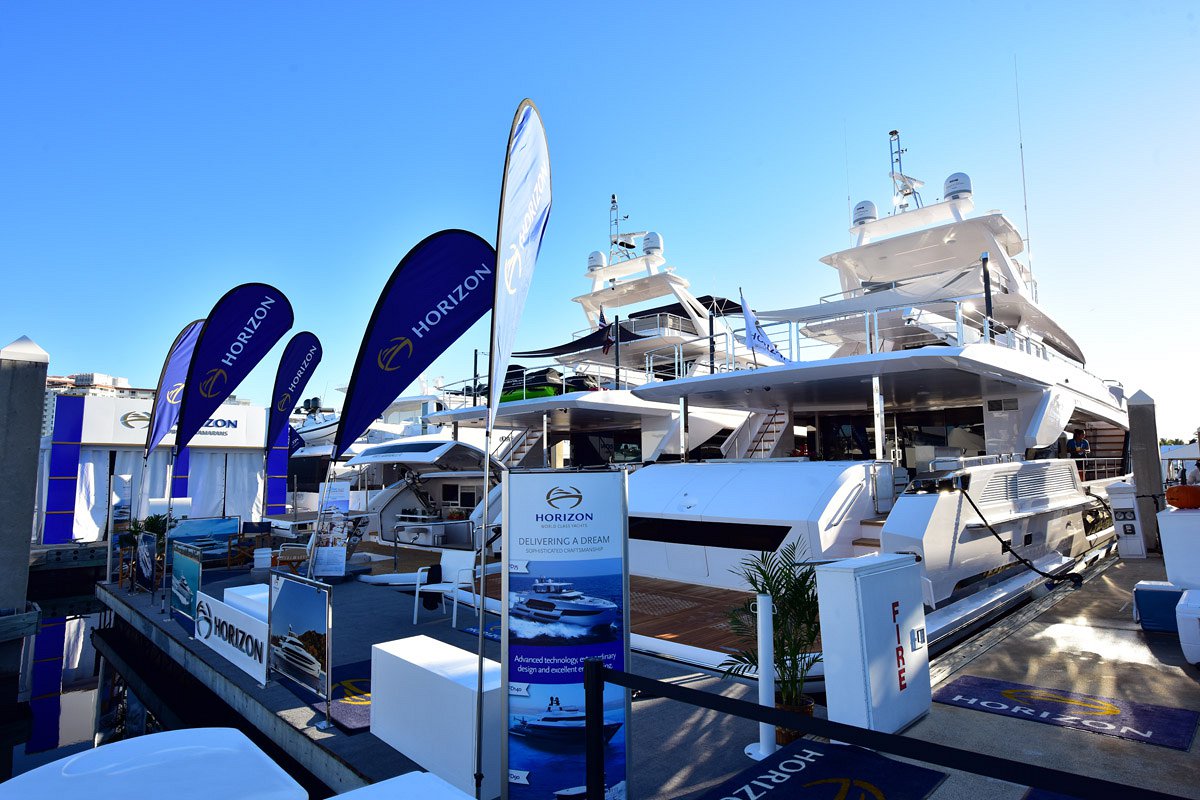 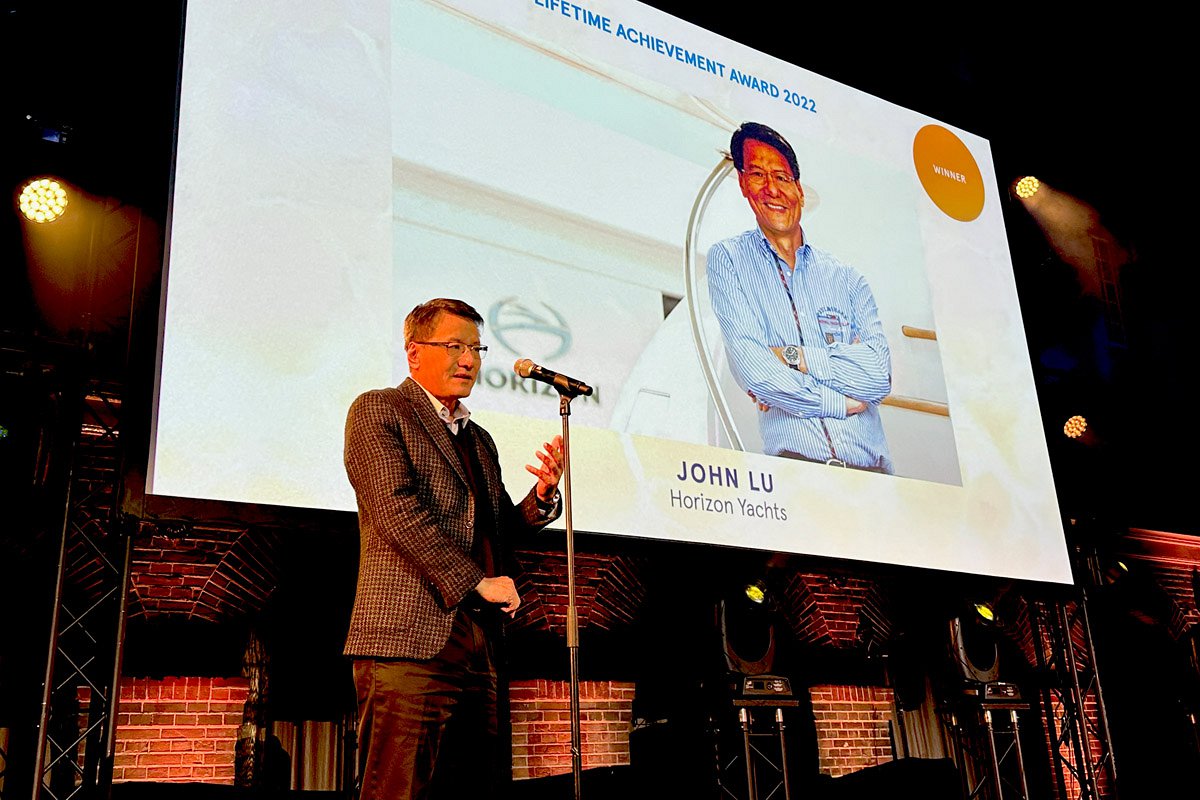 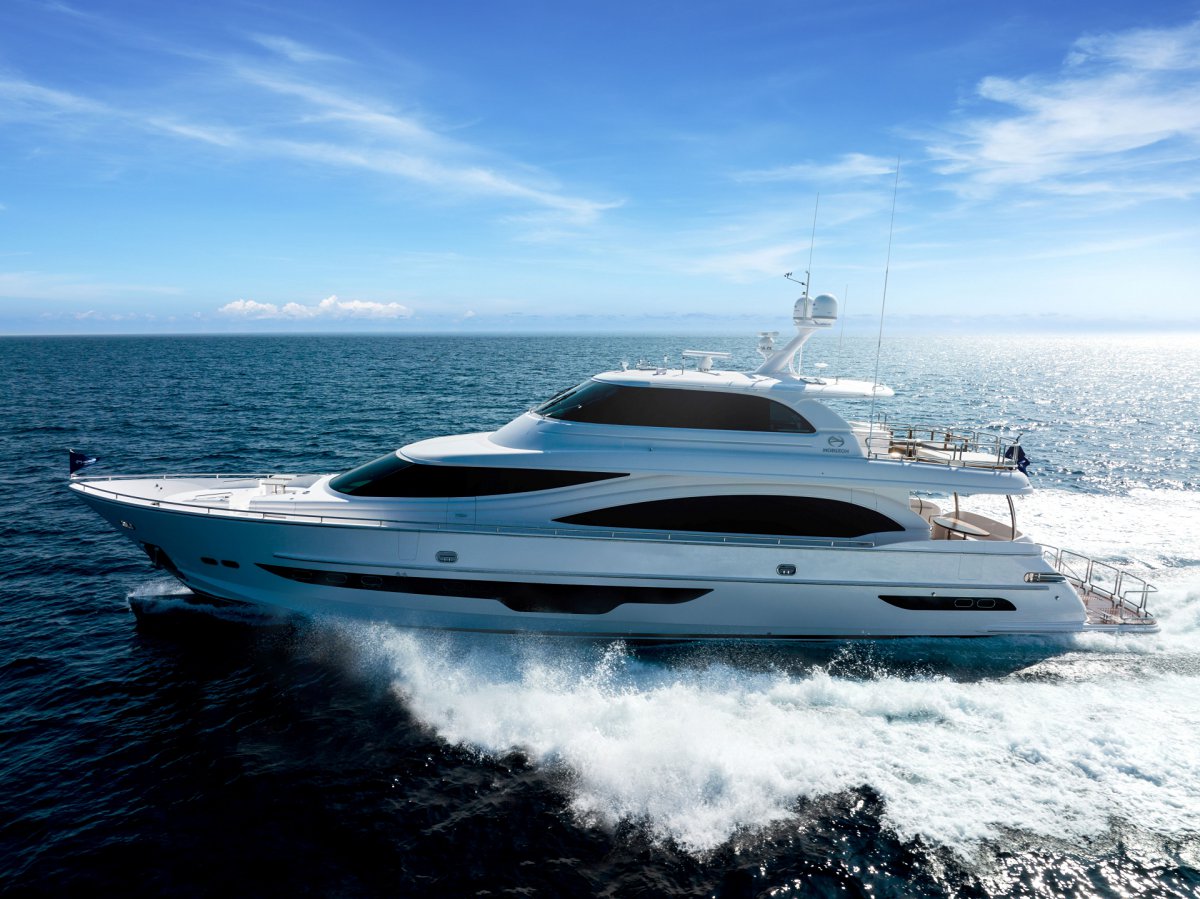 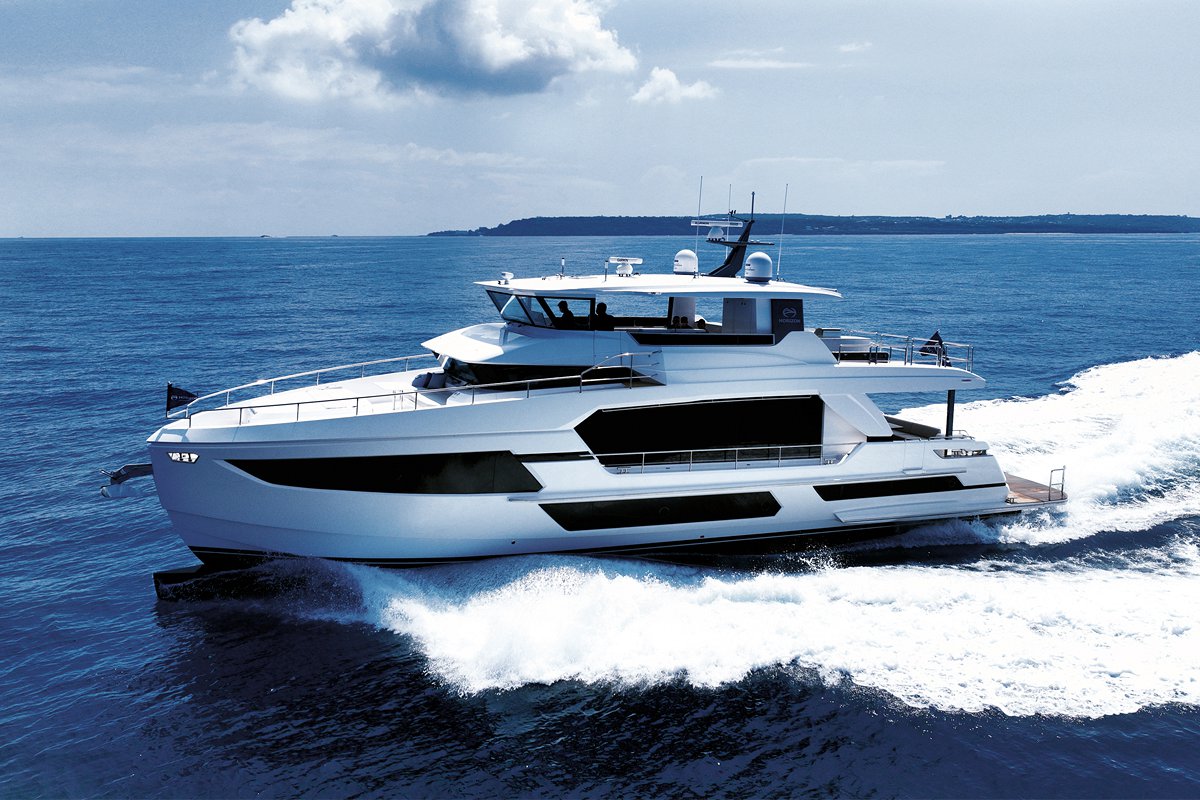