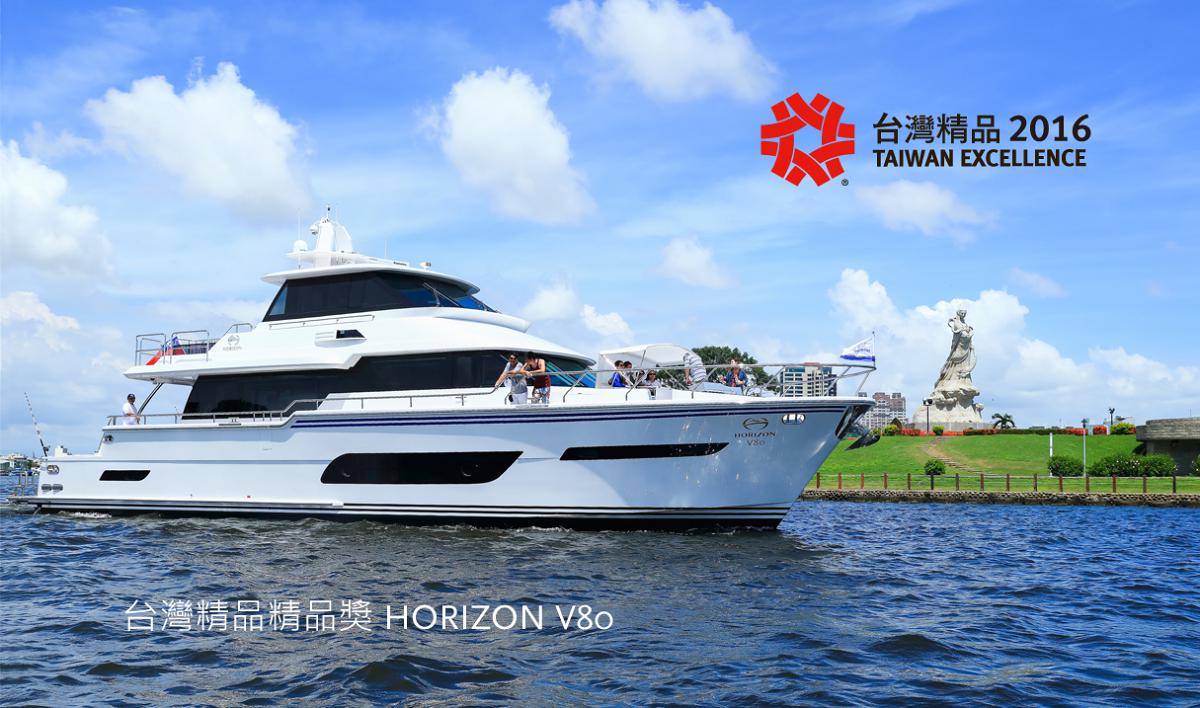 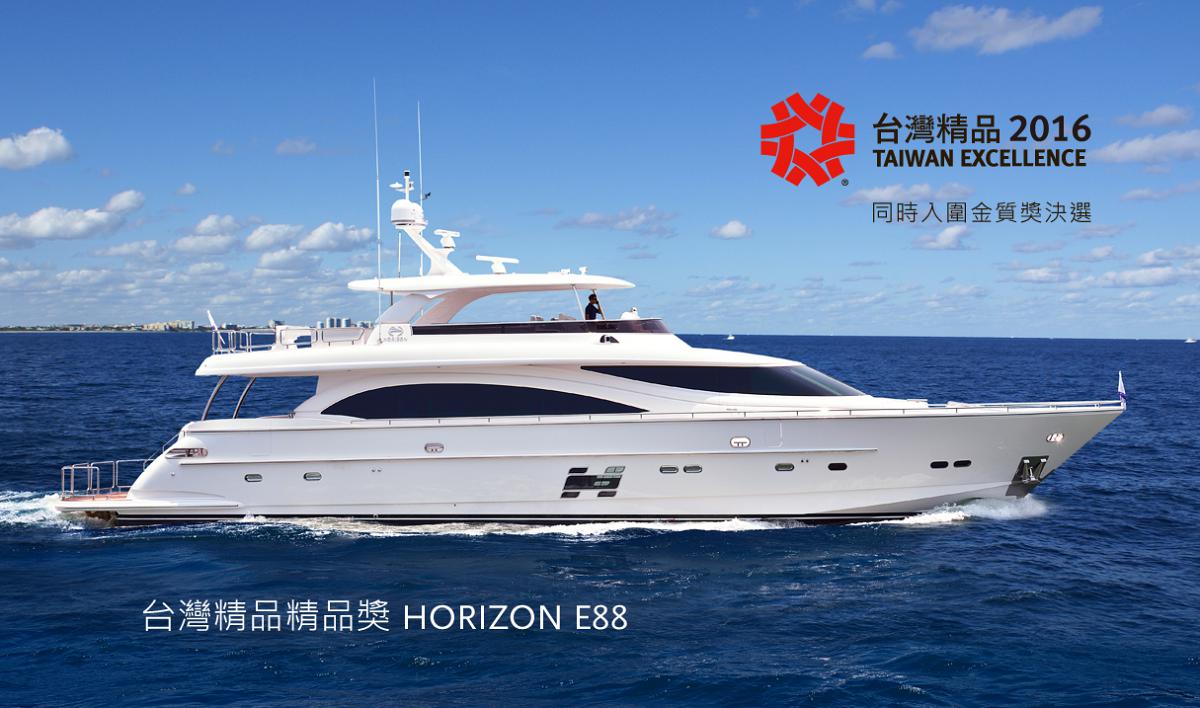 The winners of the 24th annual Taiwan Excellence Awards have been announced and among them are two Horizon Yacht models: the V80 motoryacht and the new open bridge E88 motoryacht. This is the 6th consecutive year that Horizon Group has received this award, with a total of nine Horizon models winning since 2010. The E88 is also a finalist for the prestigious Taiwan Excellence Gold Award, the highest of the awards’ three categories. If the E88 wins the 2016 Gold Award, it will be the third Horizon model to receive such an accolade, following the Horizon PC60 in 2015 and the Horizon EP148 in 2014.

Designed for owner operation, the 2015 Horizon E88 motoryacht features an open flybridge design, flexible layout and many options including the addition of a beach club or skylounge. The 2015 Horizon V80 model features a versatile cockpit and spacious swim platform, new foredeck seating area, single-level main deck and a voluminous interior highlighted by oversized Low-E glass windows. Many customizable design options also exist for this model, which is available in open flybridge or skylounge versions. Both models were recognized for their innovation in space planning and functionality.

With nearly 30 years of experience in advanced yacht building technologies, Horizon Group remains dedicated to enhancing its capabilities in every area. As Asia’s largest custom yacht builder and the fifth largest yacht builder in the world, Horizon continues to strive for improvements in design and technology through the introduction of innovative models and designs for our global clientele. 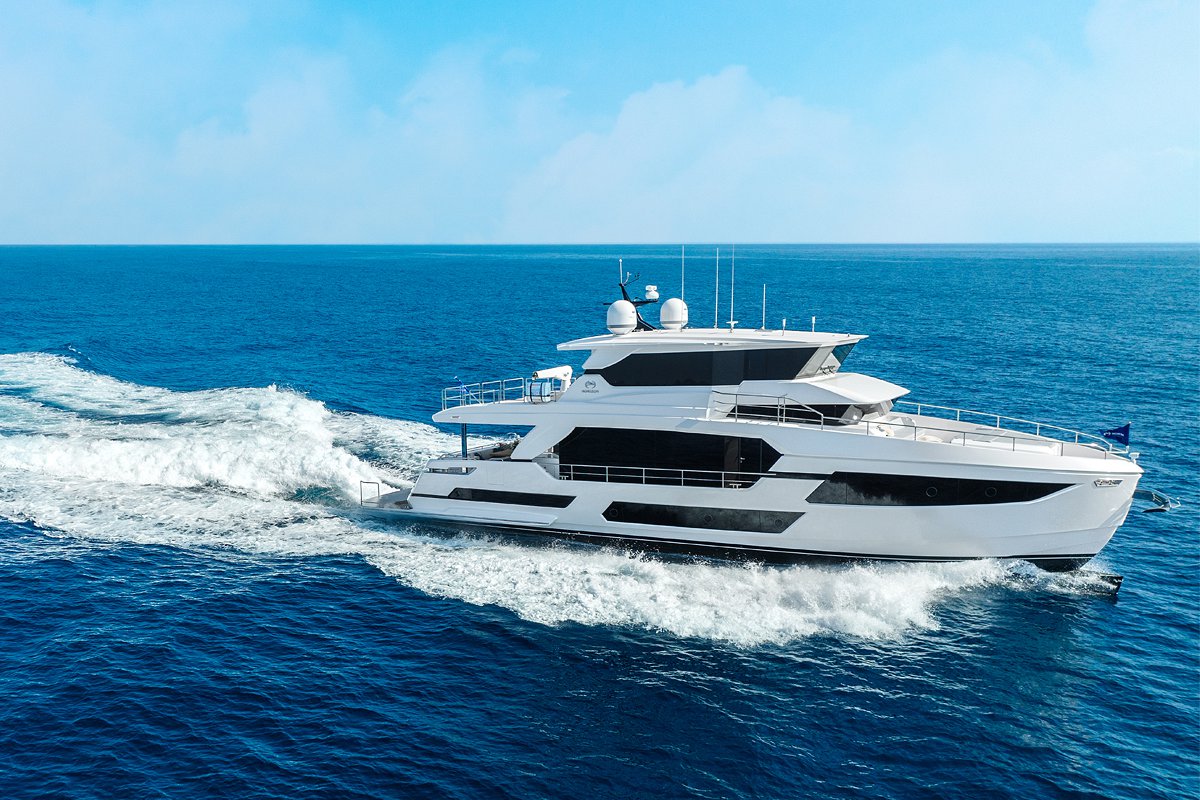 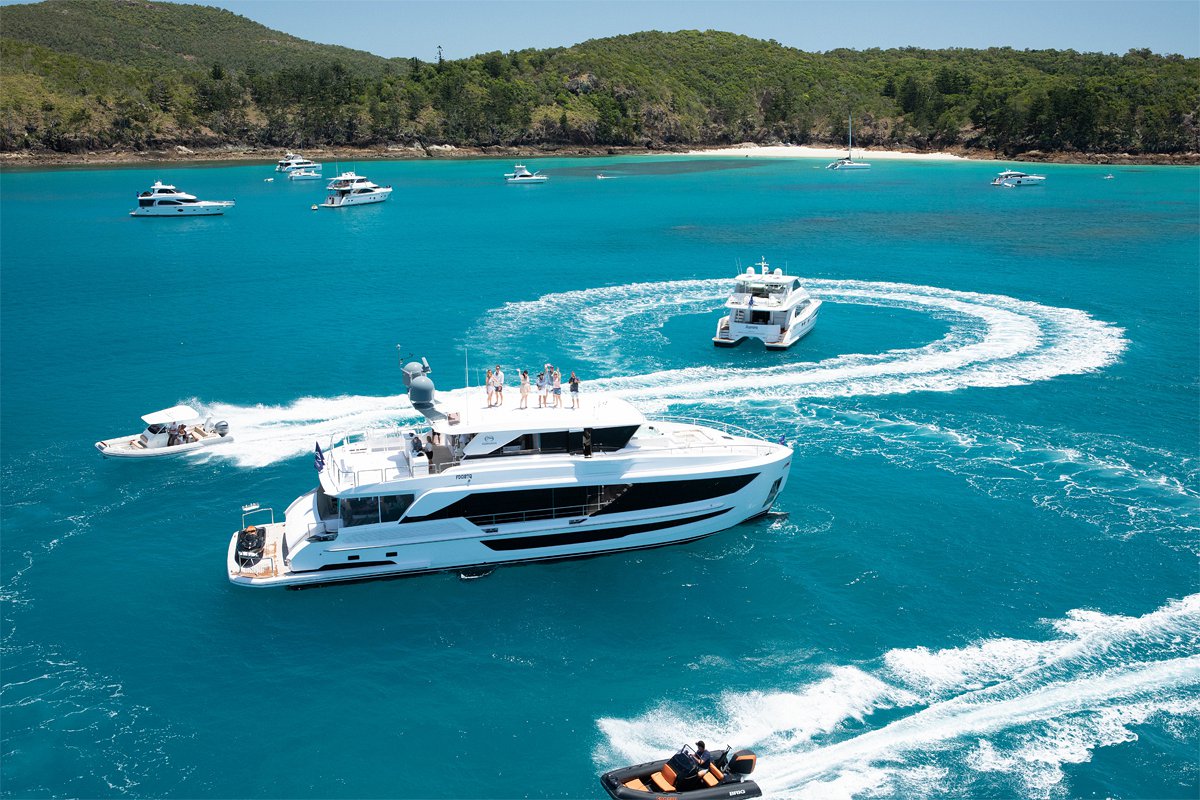 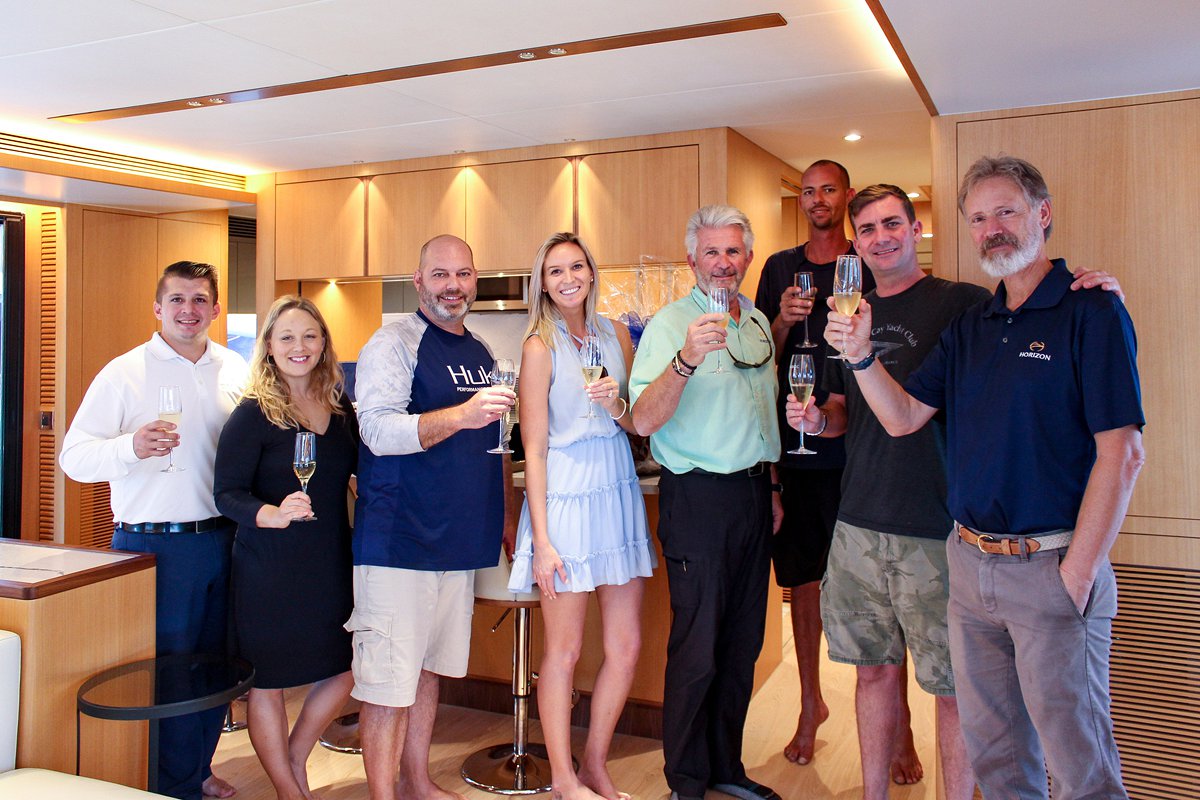 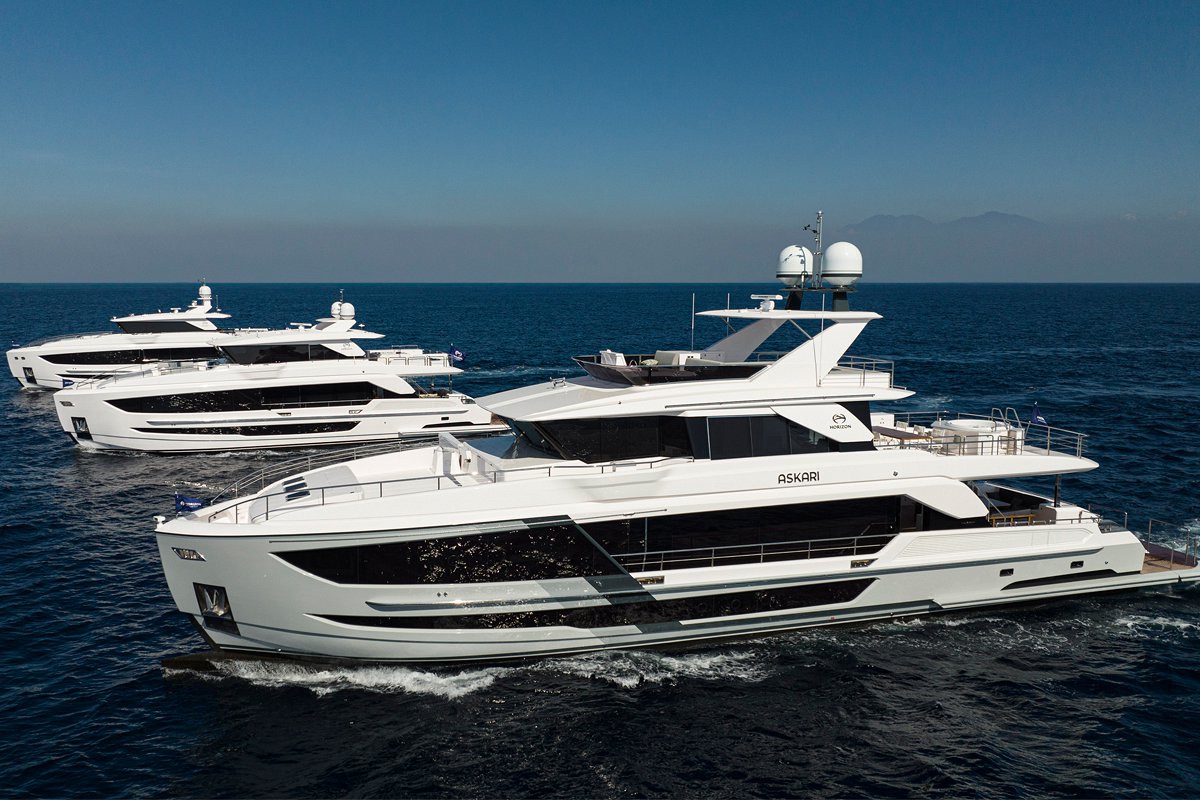